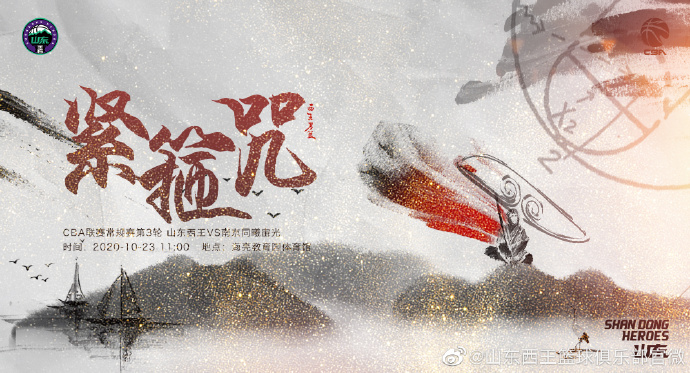 The Tongxi men's basketball team emblem is "The Great Sage of Tongxi", and the curse is from "Journey to the West". The curse used by the Tang monk to subdue Monkey King, and later used as a metaphor for binding people.